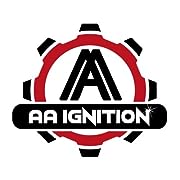 The sunroof is a sliding glass panel on the roof of the vehicle that allows light or fresh air to enter inside. This is a common issue among the Ford vehicles where the sun roof gets stucked or isn't opening or closing properly due to the plastic parts of the track getting brittle and breaking easily eventually interrupting the operation. If your sunroof is struggling opening or closing, making weird noises during operation, or getting stucked at one position then you may need to replace its track parts.

Reprogram or initialize the sunroof after installation to restore proper operation. It can be done by pressing the slide button to close then quickly holding it down again for a few seconds after it stopped. You will see it move forward and back a little bit, then hold down the slide button again to close. DO NOT electronically test the operation after installation without the glass panel installed. It will cause the tracks parts to come off. The sunroof motor has a 4mm allen head socket that can be turned manually to test the operation of the sunroof.